Neither Michael Vick nor Ray Lewis is a coon. They simply have no interest in going toe-to-toe with white supremacy. And Colin Kaepernick has no interest in being a well-behaved, respectable Negro to get a job in the National Football League.

Such behavior will not liberate black people, and he knows it. His stance is bigger than throwing the pigskin, which is what Vick and Lewis fail to grasp in their respectability-laced commentary about Kaepernick.

Vick’s and Lewis’ own muddled pasts with the law—like lying about running a dogfighting ring (Vick) and pleading guilty to obstruction of justice in a case involving the killing of two people (Lewis)—make them curious options to trumpet their respectable instructions to a man who has never been in trouble with the law.

But their murky pasts don’t disqualify them from embracing the respectable mores that have earned the respect of white NFL elites determined to punish Kaepernick for his activism.

In effect, Lewis and Vick have become a reformed version of respectability designed to keep black men like Kaepernick in their place.

To be clear, being respectable is not about “cooning.” Instead, it’s a well-meaning survival tactic, even if it often risks subjugating our humanity for white approval. When Vick advised Kaepernick to cut his hair (a statement he quickly walked back), I believe he was looking out for the player’s best interests. And Lewis’ Facebook video post Tuesday afternoon advising him to stay quiet about his off-the-field social justice work came from a place of sincere concern.

Get a roster spot.

Don’t talk about that race stuff too much. 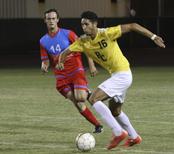 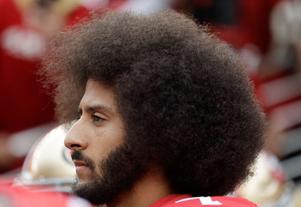 If your High School sports program is interested in having our staff photographer to cover your next event, call today 623-256-1021